Praying in My Mary Garden 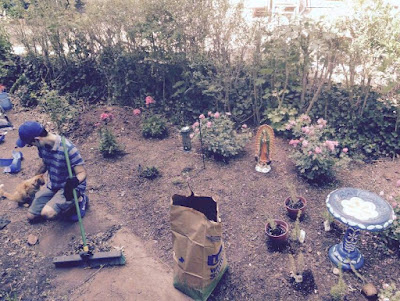 It's been a long summer and summer isn't even over. My family has managed to declutter dozens of bags of excess from our home and weed bag after bag of weeds from our yard. With the help of my sons and a young adult family friend, (pictured here with our cat) I managed to carve out a Mary Garden from an overgrown patch of yard.

Join Us! Reading Shirt of Flame and Following Saint Therese of Lisieux

Several girlfriends ....from Alaska to New Jersey... are planning to read together Heather King's little masterpiece, Shirt of Flame: A Year with Saint Therese of Lisieux. Join us! 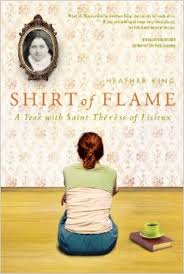 This 135-page spiritual memoir has what one reviewer calls "the grit of sanctity" because of its unaverted gaze at the mess that is King's life, that is all our lives.

Until a few years ago, I knew nothing about St. Therese, a cloistered nun who died at the age of 24. This woman was declared a Doctor of the Church is 1997. You do not have to be a catholic to appreciate her Little Way, which gives us a path to grace and meaning by confronting our everyday existence.

I'm just on the first chapter, called Early Loss, but here is one gem from King:

"Therese's gift was to have suffered early loss but also to have chosen to remain childlike. Not childish, for from a very young age she was mature beyond her years, but childlike, trusting, resilient, lost in wonder."

I put little stars by those three traits. As someone who also suffered deep losses early in my life, I can relate to the idea of learning right away that life is a series of losses. I've learned it's important to consider the gifts of the accidents of our births.

So please read the first chapter and share your reflections below....

Moping on Candlemas and Struggling to be a Light Bearer 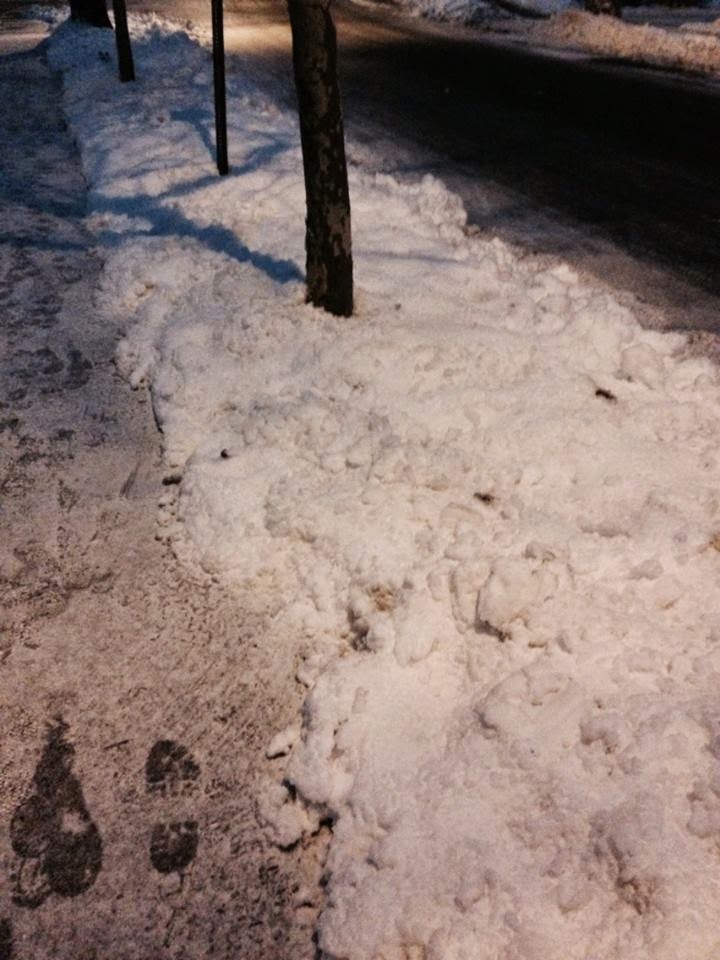 Today is the Feast of Candlemas, which marks 40 days since Christmas. If you have not taken down your Christmas tree, as my family has not, today is really the last possible day you can claim it is still the Christmas season.

Starting tomorrow, you can just say you are well prepared for December 25 of this year.